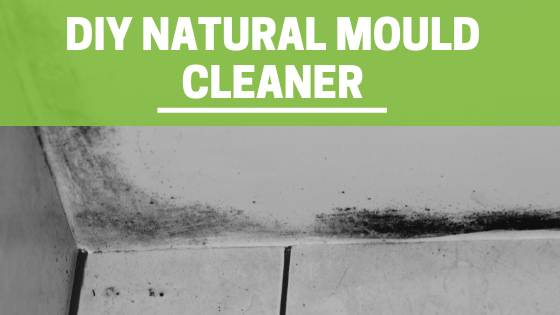 With all of the rain that we saw in the first few months of this year and the devastating floods, it’s easy to see why so many households in Australia are now battling mould problems. It’s to a point that it doesn’t matter how clean you keep your home, mould is creeping into most households. So with something so serious and hard to get rid of, it can be a pretty easy decision to choose chemicals to tackle the problem fast and easily. However, some of these chemicals just hide the mould spurs or can be just as harmful to your health. Below we’ll dive a little further into what mould can do to your health, and how some chemicals will not help and we’ll give you a nice and easy DIY mould cleaner recipe that will be effective and won’t have you paying an arm and a leg (or a lung while using it!).

What is mould and how does it affect our health?

“Moulds are a type of fungi that grows best in damp and poorly ventilated areas. Mould can
be found in all environments including outside. Mould may look like fuzz, discolouration or
a stain on material like wood.
Spores are the microscopic ‘seeds’ that fungi, including moulds, release into the
environment. They are sufficiently small that they can be suspended in air and be widely
distributed. Spores are present in all environments, including outdoors.” [health.act.gov.au]

There are many, in fact, thousands of species of mould and most of them are not hazardous to people. However, some moulds; especially those that grow in damp places such as on or inside walls of houses etc can cause many health issues. Some of those include:

A normal response to finding mould in your home would be to want to tackle it as soon as possible with the strongest thing you can find. However, sometimes the strongest chemical-based product might just make everything worse.

Some chemical-based products such as those with a bleach (Sodium hypochlorite) base may only colour the mould spores. This means that the mould will still be present in your home and will continue to make you and your family ill, you just won’t be able to see it. This can become really detrimental to everyone in the family’s health because symptoms will still continue and you won’t know why.

On the other hand, some other chemical-based cleaners can and will effectively tackle your mould problem. However, your family are then left breathing in harsh chemicals and that in itself can cause adverse health issues.

What store-bought products would we recommend?

Whatever method you decide to go with, act quickly because it doesn’t take very long at all for your health to be affected by mould.

Finally, this is just treating the symptoms. If the mould keeps returning you’ll likely need to identify the root cause, for example, a room ventilation issue and deal with that to achieve more permanent results.

Check out our blog for hints and tips and more articles.

Are you looking for a cleaner that you can trust to do the best job possible? Check out The Naturally Clean Co for all your cleaning needs and watch your life transform into more time for those you love most.

The Naturally Clean Co are a environmentally friendly domestic and commercial cleaning company based out of Brisbane, Australia.

If you’re not 100% happy with your clean we will come back out and fix the job. If for any reason at this point you still would not recommend us to a friend we will refund your money. We’ve got a 7 day window on this folks!